The ONLY Oscar Blogger, who lives in walking distance to the Kodak Theater!

Top 10 of the Decade

I feel obligated to do this list. It's difficult to do really. How can you pick 10 films from 10 years? I left some films out that I didn't want to such as 40 Year Old Virgin, (500) Days of Summer, American Psycho, The Aviator, The Departed, High Fidelity, Milk, etc. I could have done top 25, but I didn't want to water down the list. Like I do with my annual top 10 lists, this list isn't what I think are the 10 best films of the decade. If so, I would have included Assassination of Jesse James, Children of Men, The Lord of the Rings trilogy, No Country for Old Men, etc. I also know I didn't see everything this decade. Yes, I still haven't seen films such as City of God, Amelie, A History of Violence, Dogville, etc. The aforementioned films are on my must see list in the near future.

This list is a combination of overall quality of the film and personal taste. This list is for 10 films that made me think differently about filmmaking and the art of story. It's about films that inspired me, challenged me, and gave me a reason to love film even more. Without further ado, here's the top 10...


10. Pan's Labyrinth (2006)
The fantasy world the Guillermo Del Toro creates is just magnficient. It's so visual and stunning at times. I love how this is a fairy tale, yet it's set during World War II. This passion project for Del Toro is just a film that really intrigues you from the beginning with its mystical creatures as you explore uncharted territories with Ofelia trying to live a better life. The ending is sad, but at least you're at peace. At least I was.


9. The Dark Knight (2008)
Who would have ever thought a movie about a comic book character would be so damn good? Hell, who thought a movie about Batman would be so damn good? Especially after those Schumacher disasters of the '90s. Then, came Christopher Nolan and the franchise was completely renewed. While Batman Begins is a damn good film, this movie is even better. From the iconic performance of Heath Ledger of The Joker to just non-stop action. This is one film that never gets old and you can watch at any time. The "rewatchability" on this film is extremely high.


8. The Diving Bell and the Butterfly (2007)
There were few films this decade that really made me appreciate life. This was one of them and the most powerful of them all. I love Julian Schnabel's direction and mise-en-scene in this film. The cinematography is stylized, yet stunning as the audience only sees through the one eye of Jean-Dominque Bauby. This film has a lot of heart and is extremely interesting for a film about a man paralyzed after a stroke. It was one of the many greats films from the amazing year of 2007.


7. Eternal Sunshine of the Spotless Mind (2004)
Charlie Kaufman made being a screenwriter cool. His ideas were so out of the box and different that few people can match his creativity. I do like another film he did this decade better, but Eternal Sunshine is such a great idea. It's really his crowning achievement. Michel Gondry became somewhat of a household name with his quirky visual style and Kaufman finally won his screenplay Oscar. It's a brilliant plot as Joel decides to erase all his memories of his girlfriend, Clementine. Then, halfway through he realizes that he doesn't want to forget everything. This film jumps all over the place and is just a visual treat. Like I said, it's out of the box and different, but one of the most original films of the decade.


6. Brokeback Mountain (2005)
This is not only the best film of 2005, but one of the best of the decade. It's one of the few that would have made my best of the decade list as well. I just think this film is so well done about two men who embrace in a forbidden love. Both trapped in their mundane lives while longing to be together even though they know they never can. I honestly think this is Heath Ledger's best role. It's not as flashy as The Joker, but as Daniel Day-Lewis said shortly after his death, that scene at the end with the shirt was simply perfect. The rest of the cast is great, too. Ang Lee won the Best Director Oscar and this film won almost every award imaginable before its Oscar loss. Yet, maybe the most amazing thing about this film is the fact that it was based on a short story that I believe is only a few pages long. That's something that doesn't get enough credit in my mind.


5. Mulholland Drive (2001)
I always defended this film in film school. Some of my best discussions in film school was defending this movie. I've said this before, but I love this film so much for the simple reason that every time I watch it, it means something different to me. I think that's cool. It's a new experience every time and very few films can say that. What is this film about? I still don't really know and I've watched it probably ten times or so. That's why Lynch films piss people off, but that's why I think he's one of the best directors ever. This film about two women trying to figure out their identity after a car crash makes me want more and more each time.


4. Adaptation (2002)
As a film it's not as good as Eternal Sunshine, but I just like this movie more. I love how Kaufman basically breaks every screenwriting rule in this film and yet the movie works. It makes fun of itself, yet no one cares. Nicolas Cage is even good in this film and it's best role since Leaving Las Vegas. Playing twin brothers, Charlie and Donald, he just plays the opposites so well. He was nominated for an Oscar for this role in that wide open 2002 race that Adrien Brody won. The rest of the supporting cast is also strong with Chris Cooper (what happened to him after he won the Oscar for this role?) and Meryl Streep. This film also became a favorite of mine after I started to write Sweet Pea since both movies were about flowers.


3. There Will Be Blood (2007)
If I was doing a list about the best films of the decade, then this would be number one. As I already explained at the beginning of this post, it's not. Hence this is at number three. This film is just a masterpiece and I don't know how P.T. Anderson is going to follow it up or even top it. After watching this film the first time at a preview screening in LA, I didn't even know what to say. It was so heavy and powerful. Daniel Day-Lewis gives the best performance of the decade as Daniel Plainview in a role that is almost flawless. You hate Plainview so much, yet you want to know more about him. Paul Dano actually holds his own against Day-Lewis and that should be applauded. These performances are supplemented by Jonny Greenwood's haunting score and Robert Elswitt's stunning cinematography. I haven't seen this film a bunch of times simply because it's too much at times, but if I want to watch an amazing film, this is always one that comes to mind. Okay, I'm finished.


2. Almost Famous (2000)
Sometimes I forget this film even came out this decade. For example doing this list I forgot before looking through some movies and realizing it did indeed come out in 2000. This film is just a lot of fun especially if you love '70s, which I do. Cameron Crowe's (somewhat) autographical film about his early years at Rolling Stone is a story full of heart. He knows the era so well that I don't think it's been depicted any better. This film does a great job combining drama with comedy. It makes you laugh and cry. The Tiny Dancer sing-along is one of the best scenes of the decade. Believe it or not, I actually haven't seen this film in a couple years, so that's one of the first things I need to do in 2010.


1. Sideways (2004)
I'm sure this film may not make number one on many people's top 10 decade lists. That's okay because these lists are subjective. I just love this movie. Alexander Payne made a film that is basically a film I wish I made. Part of me could relate to this movie and part of me was scared I may end up like Miles or Jack. I liked the simple premise that was layered by the complexity of the characters' issues. I liked how it relied on just four characters and basic locations to tell a story. It was more about the script and the acting, which was exceptionally strong. Somehow, Paul Giamatti was not nominated for an Oscar. To sum it all up, this was an amazing independent film. Plus, this film really got me into wine and more importantly pinot noir.
Posted by Mikey Filmmaker at 3:37 PM

Labels: Top 10 of the Decade

Awesome, awesome list, man. Need to go back and give a couple of these another look, Mulholland Dr. in particular (shocker). Glad to see Diving Bell on there, too. That was my #2 spot for the past decade. Great site, man. Keep up the good work.

It's that time of the year again. Predict the most categories and be crowned champion. Click HERE.

Don't know who to pick to win the Oscars? Have no fear, Mikey Filmmaker is here to help you. Click HERE for his latest picks and analysis.

The Ultimate directory of movie blogs has arrived. Check out the Large Association of Movie Blogs or LAMB!

Want the code? Email the LAMB.
Like the LAMB? Join!

New Posts from Other Blogs 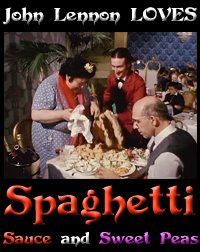 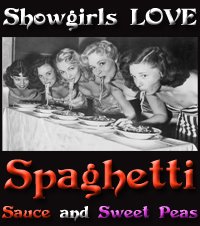 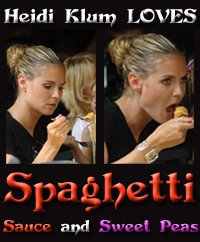 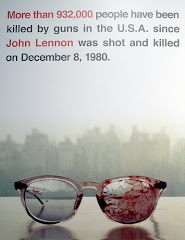